My heart goes out to them all 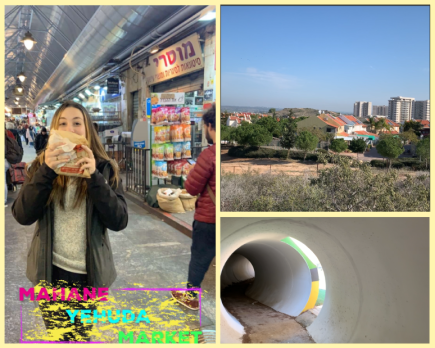 On our fourteenth Tiyul, we started out our day by traveling southwards to a city called Sderot. Sderot is the closest city to Gaza within Israeli borders. While overlooking Gaza, we learned about Israel gaining that land of in 1967 and moving settlers into communities there, but Ariel Sharon soon decided to give Gaza back (terminology formed for this was “The Disengagement”), causing Hamas to take power. We then traveled some more and continued our lesson on Giloh, we learned about the eight territories Israel took over as well as the Palestinian Authority and the UN Security Council Resolution. My favorite part of this Tiyul was gaining a better understanding of how difficult the lives of the citizens of Sderot must be at times. I have never been able to, and still can not, grasp at how brave they all must be to continue their lives along the Gaza border despite the constant danger and fear, my heart goes out to them all.