Reflecting at the Kotel 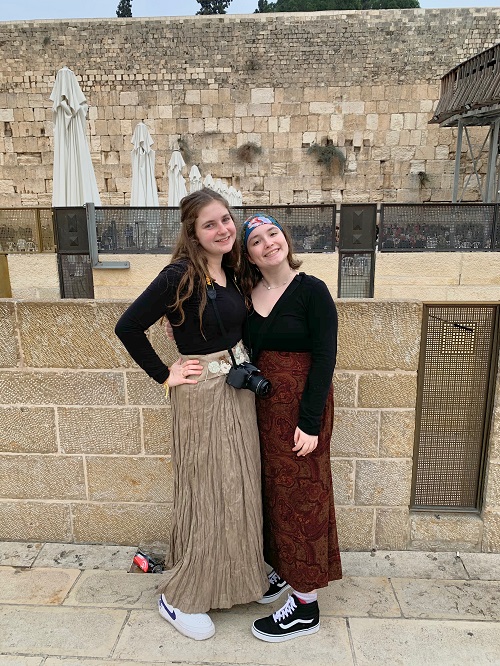 As I reached out to touch the Kotel, I couldn’t help but wonder if my mom had touched the same spot as me 33 years ago when she did HSI. I wonder if she was thinking about our ancestors too. I wonder if she was feeling any of the same feelings I’m experiencing - scared, in awe, introspective. It’s the kind of place where you feel things you are unable to put into words. This tiyul on December 11 was my first time in Jerusalem, and it was like no city I have ever been to in my 17 years of living. Still standing after thousands of years, the only remnant of the first and second temple which was founded in 19 BCE. This tiyul was mostly focused on King David (and his roots with Naomi and Ruth). The main takeaway for me about David was that he was way more flawed than you would think for someone who has his own star. But Judaism is exemplified in the idea that flawed people can always redeem themselves if there is true meaning behind their apologies. This is a big idea to wrap my head around, but it’s even applicable to a situation with my friend in sophomore year. I still think about my actions that year and how hard it was to gain her friendship back. Touching the Kotel reminded me of how important that friend is to me.

Last night in my hotel room, I decided to write a letter to my grandma Judith who passed away before I was born, two months after my mom returned from HSI. Putting that letter in the wall was the closest I’ve ever felt to her, and I’m so incredibly grateful to have experienced that feeling. All of these Tanakh verses that can seem so far away have led me to this very spot in my life. - Judith