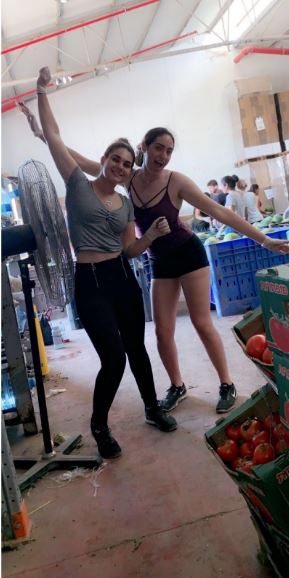 On June 26 I helped volunteer with Leket. Leket is the biggest organization in Israel that helps feed the poor. They ask different places such as grocery stores, restaurants, and even the army to give the extra food they have to them that would otherwise go in the trash. Leket even helps feed 175,000 people a week. When we arrived, we started by sorting watermelons from the good ones and the rotten ones, and changing the crates because the original ones they were in had to be returned to the owner. During this process there was a rat who would jump from crate to crate. It was pretty disgusting but it gave us all a laugh. When we finished with the watermelons, we changed to another room that had a giant fan that helped us cool us down.  We had to take bags of radishes from the boxes into crates. Although it might not have seemed important, but I know that we saved them lots of time by working as a team, and I am very appreciative for the experience. I had lots of fun and hope to do it again soon! - Camila