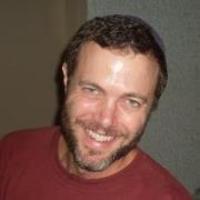 Emery Weiner arrived the other day into one of the momentous weeks on the Israeli calendar. After meeting their madrichim and teachers, they went to a moving Yom Hazikaron ceremony together with hundreds of other students from abroad.

The next morning we hiked up the Kastel and heard stories of the heroic battle that took place there in 1948 during the War of Independence. After standing solemnly during the national siren, we visited the Latrun tank corps memorial and ended the day walking through the beautiful streets of old Tel Aviv and telling the dramatic story of Ben Gurion declaring Israel’s independence. Yom Ha’atzmaut was celebrated together with the Israelis in town and having the traditional BBQ.

We will be spending Shabbat and the weekend in Yerushalayim, exploring its rich ancient history and enjoying its beauty today, Mahane Yehuda market and all!

This past week, in an unplanned moment during our visit to the ancient city of Akko, we bumped into a Baha'i man who taught us about his community — a real-life impromptu teachable moment. Hey, what do you know… good things happen to us when we put ourselves out there in our explorations in Israeli society. 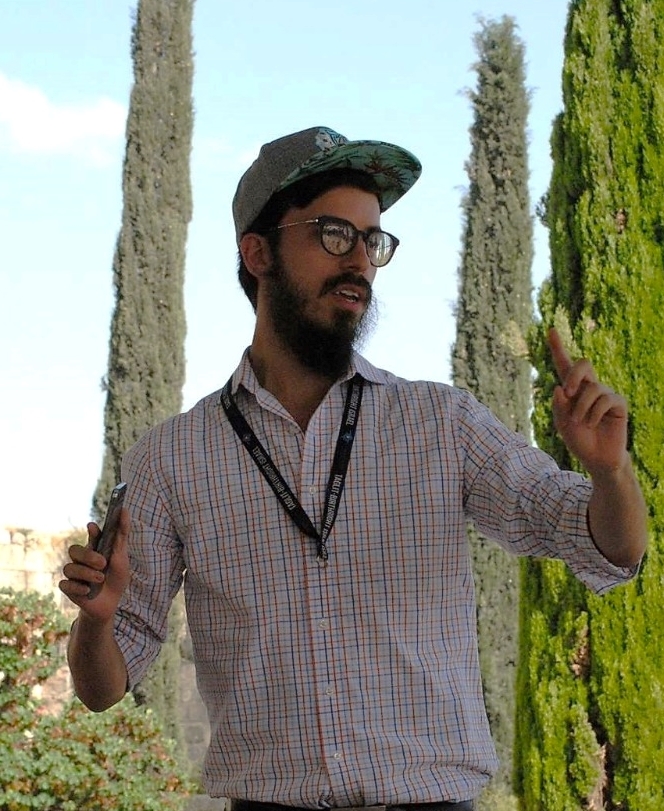 Last week, we did a walking tour of Tel Aviv and got to see, smell, and taste the vibrant city of Tel Aviv. The first modern Hebrew city came alive for us as we walked her streets and absorbed our sensory surroundings; our outdoor classroom is constantly keeping us on our toes. We joined an impromptu dance party on Tel Aviv’s iconic Rothschild Boulevard and mingled with locals on the streets of the cozy neighborhood of Neve Tzedek. Our Tel Aviv day-tour last week was the perfect ‘introduction’ to real-life Israeli society - acting as mental preparation for the Yom Ha’atzmaut celebrations that we would soon be celebrating in the coastal city of Herzliya.
Counting down the days of the Omer until the end of our trip, we reflect on our Israeli Independence Day experience. We celebrated Jewish independence by blending in with the local Herzliyan families celebrating; Israeli moms, dads, teenagers, and children from all walks of life who make up the colorful mosaic of Israeli society commemorated the day together with us. The energy in the air was festive, an authentic local experience, far from the typical tourist’s circuit. Hebrew, English, Russian, and Arabic could be heard amongst the crowd and park staff. There was a spirit of true unity in the air.
For me, our experience brought to mind one of the great questions about Jewish history — why our first and greatest leader, Moshe, was raised in the home of our archenemy, Pharaoh?
There's an old saying, “It takes a village to raise a child.” No human is an island. We all grow up within a community and are molded by our environment. Nurture, not only nature, craft our identities. We all recall from our childhoods the “eccentric aunt,” or the “wise Zaidy,” each of whom left impressions on our psyche and affected our way of dealing with the world around us.
Judaism is a family and community faith. This was reflected in our festive night out in Herzliya. The sense of togetherness in Israeli society was palpable. We felt that we were a part of the rich and diverse Israeli fabric — a true sense of family.
My blessing for all, before Shabbat, is that we all actualize our potential in maximizing our sense of togetherness. That we never forget that, like a school of fish, we are indeed always stronger together.

Wishing you a restful and calming Shabbat together with your family — both immediate family and our wider Jewish family, 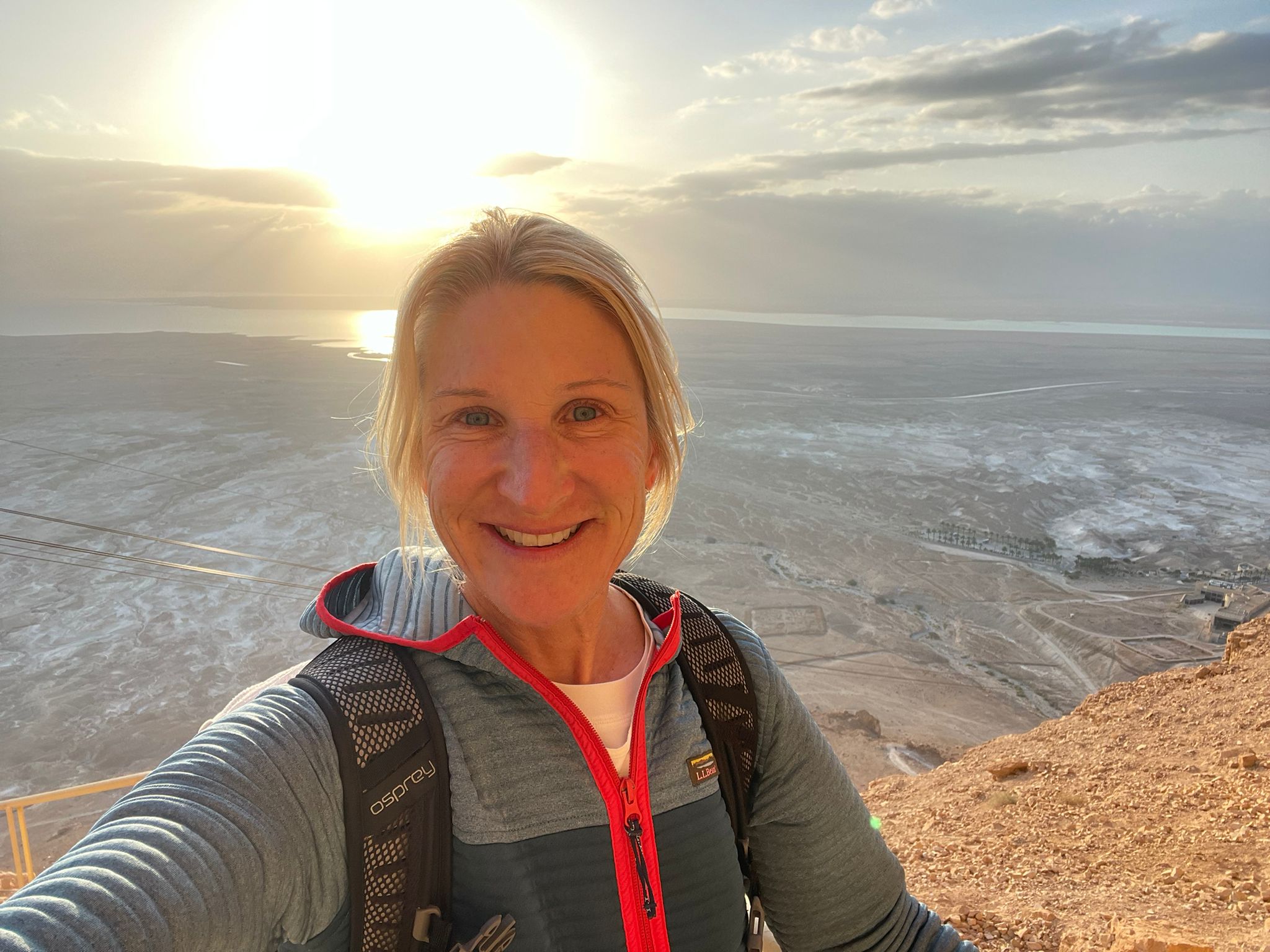 The Seniors have had a busy week! We arrived last Tuesday, after a long layover in Chicago and an even longer trans-Atlantic flight, and navigated passport control, baggage claim, and Covid tests like pros before meeting up with Jacob Leibowitz (the travel director of AMHSI) and our madrichim (counselors) for the trip, Gal and Eyal. Once introductions were made, we boarded the bus to Kibbutz Tzuba, a beautiful spot in the Jerusalem Hills and our home for the first three nights of the trip.

Wednesday was a transition day, adjusting to the time zone (ten hours ahead of San Diego) and waiting out the quarantine period. Jacob ran an orientation session, and then the group met their two teachers for the week, Ilana Butrimovitz and Ephraim Shore, both experienced teachers and tour guides here in Israel.

After lunch, they hiked the Sataf and learned about the geography of the area as well as some connections to ancient Israel during Biblical times. The rest of the afternoon and evening was spent at the Kibbutz. In the evening, students were led in a meaningful activity around the Holocaust, culminating in lighting candles and reading names of some of those who perished.

Thursday was Yom HaShoah, Holocaust Remembrance Day. After an introduction to Yom Hashoah and its significance and historical connection to modern Israel, the group made their way to the Aish Hatorah Rooftop, overlooking the Kotel.

While the group was on the rooftop, looking around at the beauty and history of Jerusalem, the Yom HaShoah siren sounded. Watching the entire city come to a complete standstill was a truly surreal experience.  From there they made their way to the City of David, an archaeological dig site near the old city that has produced evidence supporting the Biblical account of King David’s kingship in Jerusalem.  After watching an introductory documentary, the group took the plunge down below to walk through Hezekiah’s Tunnel, a creatively designed water tunnel that was built to divert water away from enemies attempting to lay siege on Jerusalem.

Lunch took place at the  Dung Gate and then they experienced more tunnels to the Davidson Center, where they learned about the construction of Ezrat Yisrael, the egalitarian section of the Kotel where men and women can worship together.  Then came the time everyone was waiting for: the walk to the Kotel.  For some, it was the first time ever and for others, it was one of many visits, but they all expressed the significance of being there with their classmates on such a notable day as Yom Hashoah.

Then it was off to Ben Yehuda Street, before returning to the kibbutz. The evening was spent with some impromptu grade bonding, and many of our students also met and hung out and played basketball with students from a Jewish Day school in Philadelphia. It was a long but fabulous day.

On Friday, the group packed up and left the Kibbutz and set off up north.  The theme for the day was the Middle Ages and Contemporary Akko, so it involved a tour of the Al Jazar Mosque which the students much enjoyed, followed by a visit around the Crusaders Knights’ Halls

Of particular interest to some were the communal toilets, which in addition to their official functions also served as a social gathering site. Students sampled delicious food on the streets of Akko before learning about the rebuilding of Akko in light of Covid and the civil unrest of 2021.  They spent time in a small hotel owned by an American Jew living in Akko and heard about his own challenges and experiences during last year’s riots, which was fascinating and heartbreaking at the same time. Afterward, they departed to Nahariya and had dinner and conducted Kabbalat Shabbat, and had a delicious buffet dinner at the hotel.  The group was very excited by the impending Shabbat sleep-in.

Shabbat was spent resting, meeting up to do kiddush and some downtime in the hotel/pool/windy beach area.  In the evening, some of the students did sunset yoga at the beach, and then the entire group did Havdalah before going out for a late dinner on the streets of Nahariya.

Sunday, the group was up early again to head to Haifa.  On the way, they stopped off at the Carmel Lookout to Jezreel Valley and learned about Zionism from Ephraim.

Then they headed to Neve Yam for a beach activity and a discussion of Holocaust refugees between 1945-1948. The afternoon was spent at Atlit Detention Camp, hearing about the horrific circumstances of many of the Holocaust survivors after liberation.

They found it a very meaningful place to visit before driving to Haifa, their home for the next four nights. The evening began with a discussion about the British/Jewish resistance group in Israel and finished with a tasty dinner in the hotel.

This week, they’ll be observing both Yom Hazikaron, Israeli Remembrance Day for fallen soldiers and victims of terror, as well as Yom Haatzmaut, Israeli Independence Day. Looking forward to sharing more insights and photos next week!